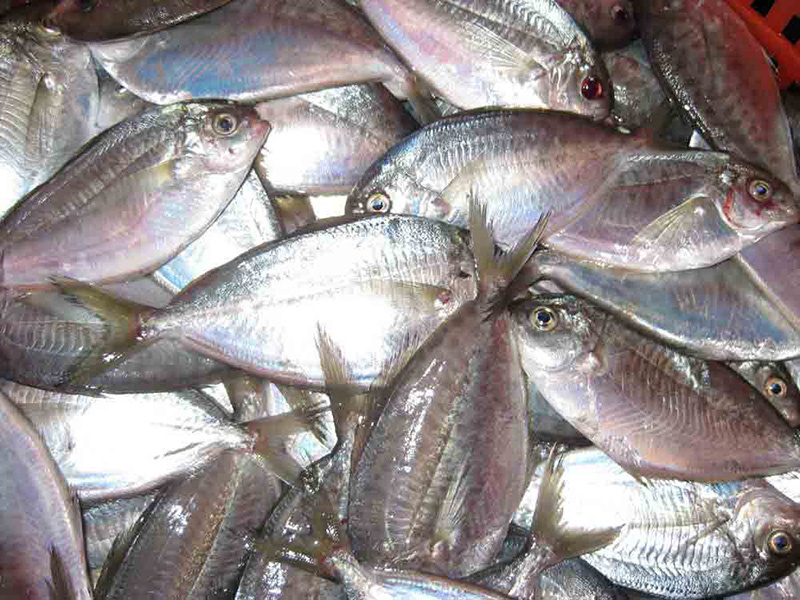 Butterfish is tasty but is not widely found in seafood markets. Photo credit: NOAA Fisheries

Many wild seafood species can be found in waters off the Northeast coast, but consumers don’t see that same variety at their local seafood market.

Supporting the sustainable harvest of seafood, knowing where food comes from and how to care for it, and providing access to affordable seafood are among the goals of a growing number of non-profit and community-based seafood programs.

In Warren, Rhode Island, the non-profit Eating with the Ecosystem’s mission “to promote a place-based approach to sustaining New England’s wild seafood” brings together marine scientists and commercial fishermen, chefs, seafood businesses, and local seafood consumers in a system “that supports the region’s marine ecosystems and the people who depend on them.” “Our work focuses on five anchors:  proximity, symmetry, adaptability, connectivity and community,” said Kate Masury, program director for Eating with the Ecosystem. “That means finding wild seafood from a marine ecosystem close by, balancing our diet with a variety of seafood, and trying new species that enter an ecosystem as that ecosystem changes. It also means stewardship, caring for our habitat, and learning where our seafood comes from.” 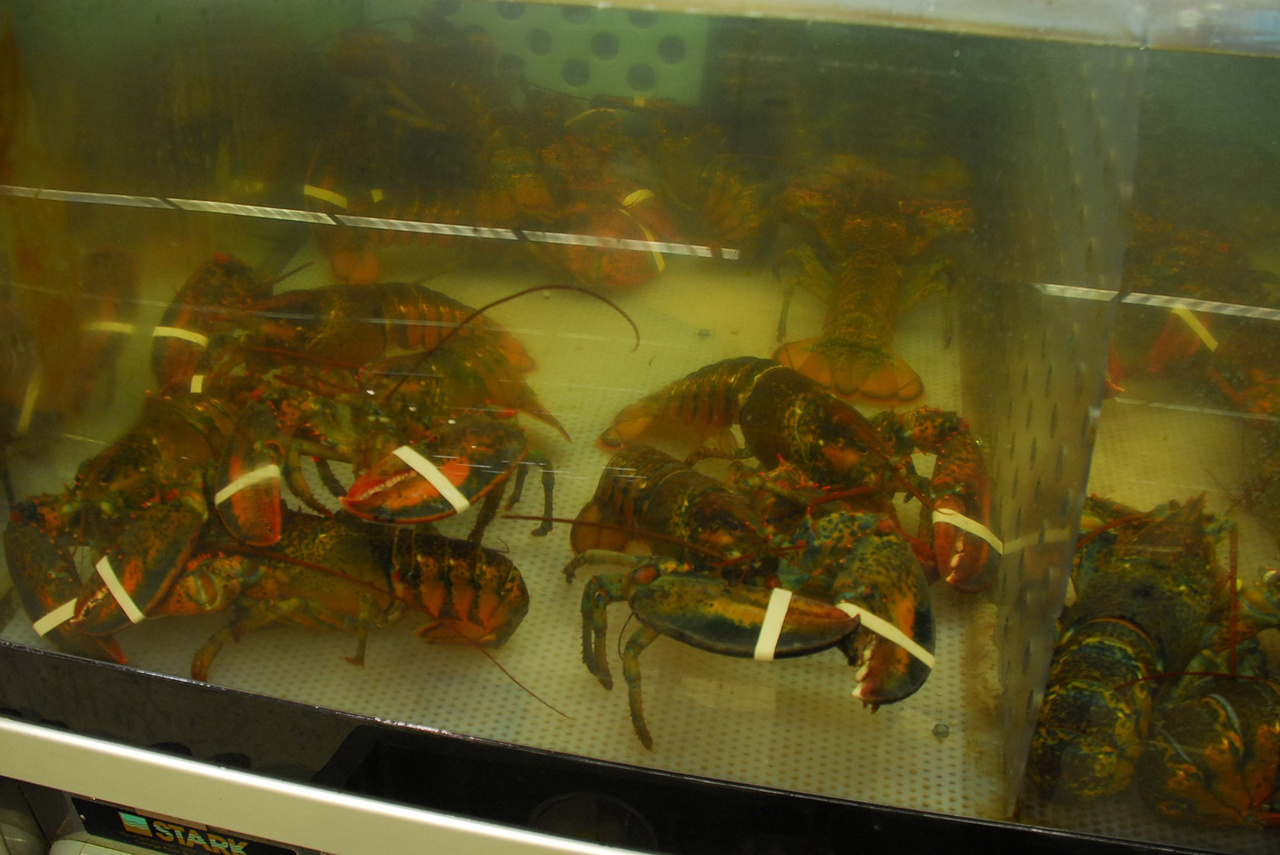 Restaurant chefs, fishermen and seafood supply businesses, and marine science researchers in Rhode Island and Massachusetts are affiliated with the effort, including Mike Fogarty, John Manderson, Maria Vasta, and Sharon Benjamin from NOAA Fisheries. Benjamin and Vasta serve on the organization’s board, while Manderson and Fogarty are members of the advisory network. 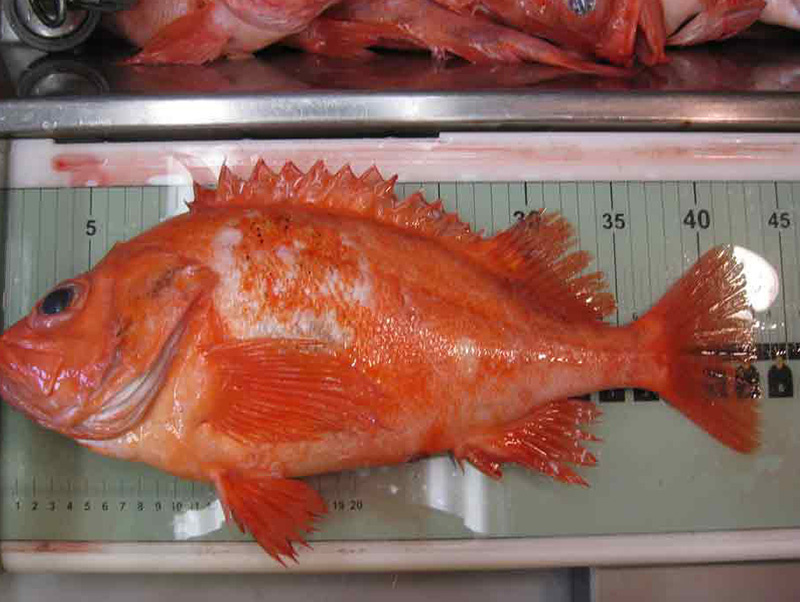 Acadian Redfish, another tasty fish species found in the Gulf of Maine, was found in only eight percent of seafood markets in the study. Photo credit: NOAA Fisheries

One of Eating with the Ecosystem’s recent efforts is a citizen science project called Eat Like a Fish to find out how well New England’s seafood marketplace reflects the diversity of species within our regional ocean ecosystem. For six months, 86 citizen scientists in the five New England coastal states looked each week for four of 52 New England seafood species at seafood markets, supermarkets, farmers’ markets, and direct from fishermen at fishing piers. They noted where they found them and took them home for dinner, and where they did not.

The project revealed local seafood counters fail to adequately reflect the wide variety of marine species in our local waters. As our ecosystems continue to change at unprecedented rates, this mismatch has implications for the resilience of our marine ecosystems and the people who depend on them for livelihoods and food. Winter flounder was found less than six percent of the time in the Eating Like a Fish market availability project. Photo credit: NOAA Fisheries/Jerry Prezioso

“Diversifying the species of fish available to the public fits in with our efforts at ecosystems based fisheries management,” said Mike Fogarty, a senior scientist in the Northeast Fisheries Science Center’s ecosystems dynamics and assessment branch. “We need to look at an integrated whole rather than at individual species. It is better for fishermen from a financial aspect, and can have less impact on the ecosystem as a whole if we market a wider array of species but take fewer of each, rather than heavily targeting just a few species.”

Fogarty and others at the Center have been working with the New England Fishery Management Council on ecosystem-based fishery management. They hope to submit a plan this fall. Sea robin in aquarium tank. They may not be attractive to look at but have meaty fillets in their tails. They have been used in bouillabaisse in France but have not been a popular fish to eat in the U.S. Photo credit: NOAA Fisheries

The Eat Like a Fish project is one attempt to get the public to ask for a more varied selection of seafood. is a cookbook, “Simmering the Sea: Diversifying Cookery to Sustain Our Fisheries,” by authors from Eating with the Ecosystem, Johnson & Wales University College of Culinary Arts, and the University of Rhode Island Graduate School of Oceanography. Forty recipes using species from Northeast waters are included to help the public find ways to prepare unfamiliar species.

NEFSC researcher John Manderson has been involved in another community-supported seafood program based in South Philadelphia called Fishadelphia since its inception about four years ago. Middle and high school students, some now college students who are still involved, from the Mastery Charter Thomas Campus in South Philadelphia plan and coordinate the day-to-day operations of the seafood program, which brings quality fresh seafood from regional harvesters and processors to economically and culturally diverse consumers at reasonable prices.

Consumers sign up for the seafood buyers club and pay in advance for a season of eight deliveries of fresh local fish and shellfish bought directly from fishermen, docks and farmers in New Jersey. The seafood varies with the season and is delivered once every other week to the campus for club members to pick-up.

“It’s a super cool project,” said Manderson, who has known founder Talia Young since she was a graduate student at Rutgers University and later taught at the Mastery Charter Thomas Campus. “We talked about how cool it would be to link up school kids and New Jersey fishing communities through food with the kids running the food distribution as a business. She wrote a grant around that concept and I have been an advisor providing some connections to fishing in New Jersey and some advice since then.”

Last year 50 Fishadelphia customers and friends visited the Fishermen’s Dock Cooperative in Point Pleasant, New Jersey, for a dock tour and a monkfish lunch at the nearby restaurant Shore Fresh. The program also held a cook-off at the campus, providing fresh monkfish for contestant’s dishes.