JEFFERSON CITY, Mo. – The Missouri Department of Conservation (MDC) congratulates Justin Lakey of Ava for shooting a new state-record white sucker. Lakey was bowfishing Feb. 22 when he shot the 5-pound, 1-ounce fish in Lake Taneycomo. The previous record under alternative methods was caught in 2010 and weighed 4-pounds, 5-ounces.

Suckers are one of the dominant groups of large fishes in Missouri waters. They feed mostly by sucking up material from the bottom. White suckers are found nearly statewide, but are absent from the Bootheel lowlands and southeastern Ozarks.

MDC staff verified the white sucker’s weight using a certified scale at Shepherd of the Hills Fish Hatchery in Branson. This is the fourth state-record fish of 2020. 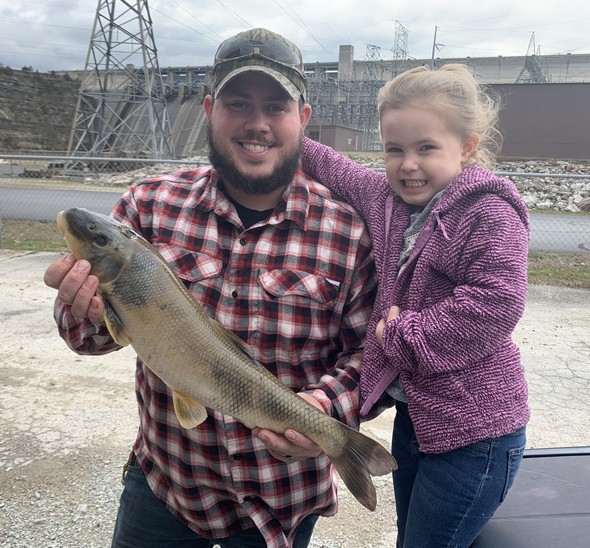 MDC congratulates Justin Lakey for holding the latest state-record for white sucker. Lakey was bowfishing at Lake Taneycomo Feb. 22 when he shot the 5-pound, 1-ounce fish.