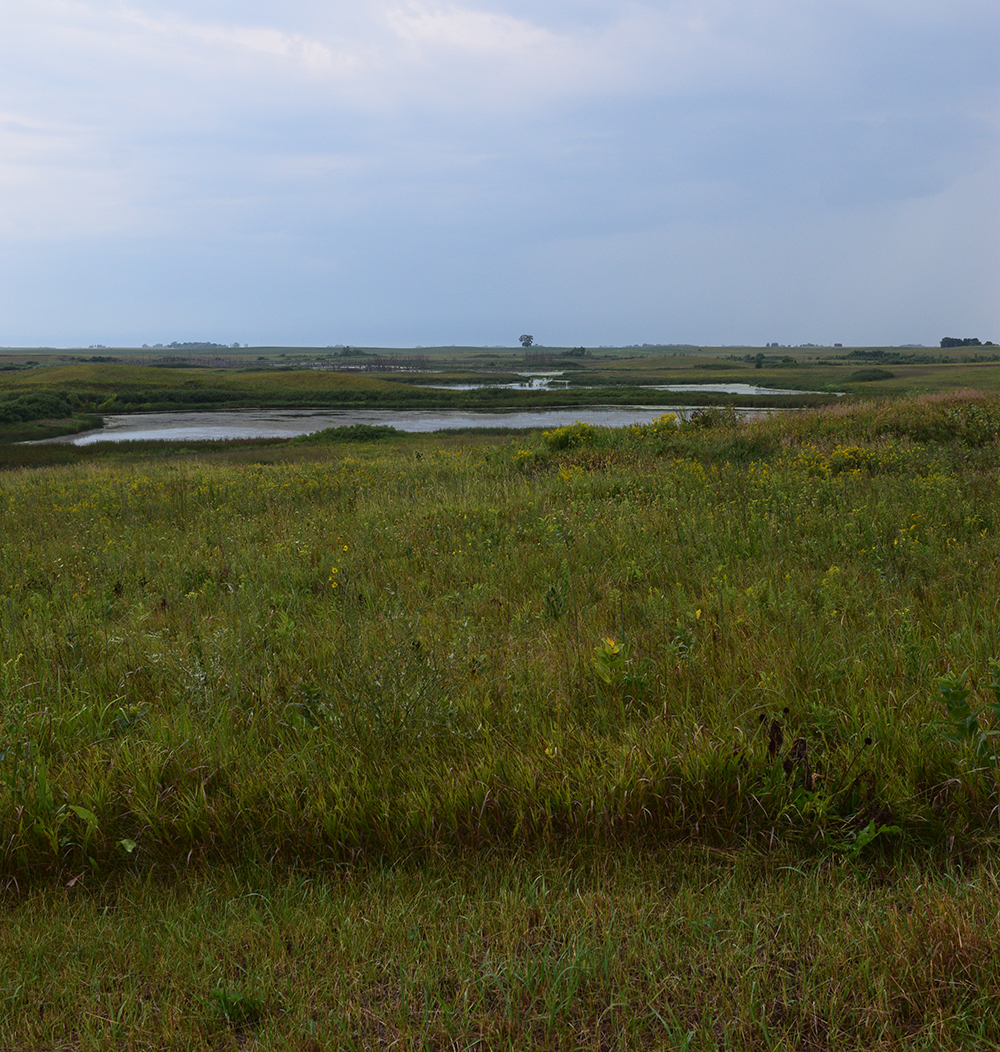 Union Hills Wildlife Area’s network of wetlands and prairie has that been-here-forever kind of feel to it.

“There’s not many places in Iowa where you get a block of habitat like this,” said TJ Herrick, wildlife biologist for the Iowa Department of Natural Resources (DNR). “You could get lost here on the water. It’s the only wildlife area we (Clear Lake Unit) manage that, if you get in the middle of it, you forget you’re in Iowa. It’s just a cool spot.”

This nearly 2,300-acre public area in southern Cerro Gordo County offers a glimpse to what north central Iowa might have looked like when it was settled. The popular Union Hills area is the result of the Iowa DNR and the U.S. Fish and Wildlife Service working with farmers who felt the ground wasn’t conducive to farming.

Development began in the 1990s and wasn’t completed until a key 52-acre parcel was acquired in 2012 that allowed the DNR to begin collecting water from a 32-inch tile running under the area.

Today, Union Hills has 48 wetlands, including a 250-acre and a 75-acre basin, and a prairie with 70 different prairie grasses and prairie flowers on it, including a 110-acre prairie that’s never been plowed. Since Union Hills has been established, regal fritillaries and Dion skippers have shown up, both butterflies considered species of greatest conservation need.

“When you find those species, it’s like finding a remnant prairie, they don’t migrate, they stay here,” Herrick said.

Northern harriers have nested here, as have trumpeter swans and sandhill cranes. Upland sandpipers, black terns and Henslow’s sparrows have been documented here. Union Hills attracts birding groups from Clear Lake and Mason City and has been part of tour by the Iowa Ornithologists who were meeting in nearby Ventura.

Union Hills was dedicated as a Bird Conservation Area in 2004 for its high-quality habitat supporting grassland birds, wetland birds and migrating shorebirds. It also supports rare smooth green snakes among a diverse population of reptiles and amphibians.

But the main draw – and the source of the funding to construct the area – is waterfowl.

“The 250-acre wetland is larger than some of our sovereign lakes that we manage,” Herrick said. “We’ll get several thousand ducks using the refuge in the fall and several thousand snow geese in the spring.”

“They come from all around to hunt ducks here,” said Ron Richardson, who along with wife Cindy have seen first-hand wildlife’s response to the changes on the landscape.

“I saw it go from pasture to farm ground to the beautiful gem it has become,” he said. “First it was the waterfowl – they’d migrate through, then they were nesting. Ducks, then geese, then trumpeter swans and now sandhill cranes. I saw a woodcock this year for the first time. I’ve had two turkeys in my yard – hens – all summer. It’s been fun to watch the area get developed. It’s truly a gem.”

Cindy Richardson said she enjoys starting and ending her day listening to the sandhills.

“Just to hear those ancient songs – its soul stirring,” she said. “I don’t know if I could do the job I do, if I didn’t have that. Union Hills is a treasure.”

The prairie is divided into sections by firebreaks used each year for prescribed fire. Those firebreaks are popular with hikers, birdwatchers, hunters, cross country skiers, snowshoers and more. On this day, pheasants were running down the breaks before finally taking flight. It’s a place where a person could walk and hunt all day long.

“There’s just no way a person couldn’t enjoy themselves out there,” she said. “We’re out there most of the time watching the changing seasons. We are lucky people and we know that.”

“It takes a lot of people working together to get something like this done,” Herrick said.