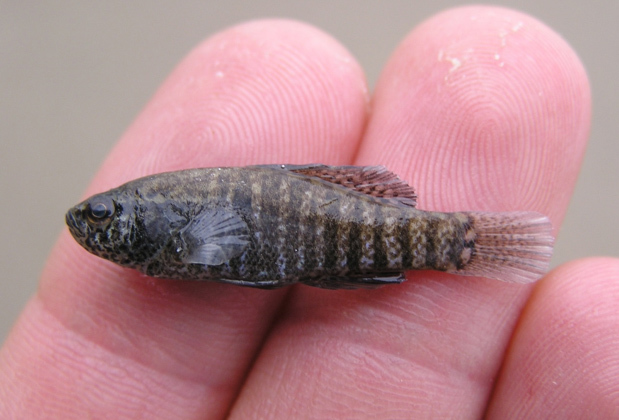 While many of Indiana’s new fish species are either introduced by people or invading non-native species, the banded pygmy sunfish (Elassoma zonatum), a native species, was first discovered in 2006.

Initially collected from a stream in southwest Knox County, biologists conducted targeted sampling after the discovery and uncovered more populations in Posey County. Survey and monitoring of Indiana’s nongame fish species includes sampling locations across the state where there is little or no historic fish information.

Help fund survey and monitoring efforts, that could lead to additional discoveries by donating to Indiana’s Nongame Wildlife Fund.