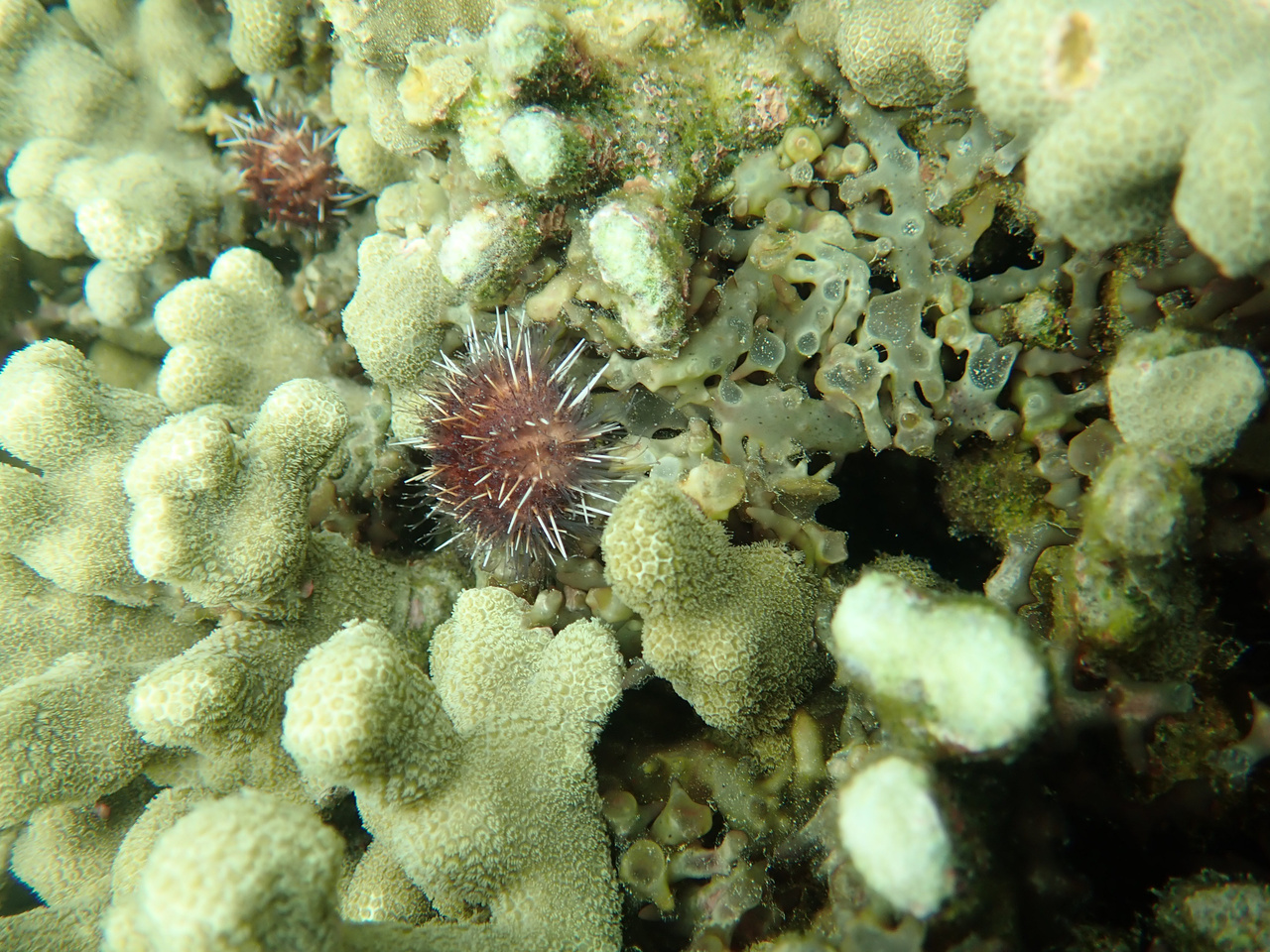 A group of unlikely restoration heroes reached an impressive milestone this summer: the 500,000th sea urchin is now working with its companions, helping struggling corals in Hawaiʻi.  Since 2011, NOAA and partners have grown and released urchins to the area to eat invasive algae threatening corals and their ecosystems.

This prickly partnership comes after M/V Cape Flattery grounded on a shallow reef off of Barbers Point on Oʻahu in 2005. Damage from the ship’s removal affected almost 20 acres of reef, scraping away approximately one million corals. The vessel grounding caused a large area of coral damage, seen in the lighter areas in the image.

When events like ship groundings, oil spills, or hazardous waste releases occur in marine and coastal environments, NOAA and other agencies, called Trustees, secure funds from those responsible for the environmental harm. We then use those funds to restore the damaged habitats and natural resources, making up for what was lost in the incident.

In this case, there was some emergency restoration and reattachment at the site. The damaged corals and habitat were recovering naturally afterwards. The Trustees decided to monitor the reef as it healed, and instead looked into other resotration opportunities. Specifically, Kāneʻohe Bay, on the east side of Oʻahu, which was struggling with invasive algae. When the non-native algae was introduced to the bay in the 1970s, it found an ideal habitat with few natural predators. Like many invasive species, it ended up taking over. It smothered coral and blocked light from getting to them. Corals are the foundation of habitat for many fish and other species. This essential fish habitat was being suffocated out, which can have a trickle effect for the ecosystem relying on them as a base.

Luckily, we were able to identify something native to the area with an appetite for invasive algae. The problem, though, was that the sea urchins were small in numbers at the site. To help boost the population, our partners at the State of Hawaiʻiremodeled a hatchery previously used for growing prawns to grow sea urchins. The urchins are grown to a very specific size—about as big as a cherry tomato—before they’re ready to release. This allows them to fit into the nooks and crannies of the corals and reef.

Prior to getting the sea urchins involved, we had to get rid of the large clumps of algae that had gotten out of control. To do this, we used another classic but innovative solution. We deployed a supersized vacuum called the “super sucker” to suck algae colonies off the reef. Then divers place urchins in targeted areas to get to work. 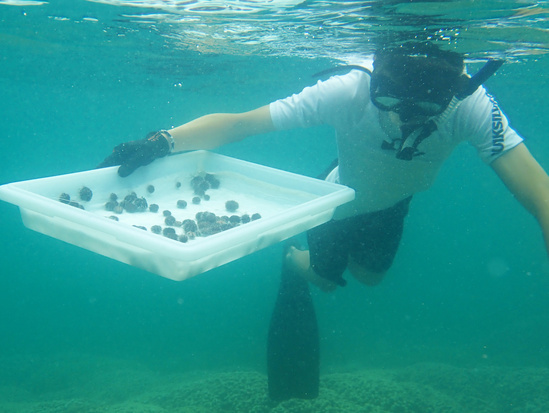 After growing in a hatchery, urchins are loaded on to shallow trays, then divers deploy them onto the reefs.

NOAA and partners, which include the State of Hawaiʻi, University of Hawaiʻi, The Nature Conservancy, and the U.S. Fish and Wildlife Service, are slated to continue this work through 2025. They intend to raise and deploy 300,000 more sea urchins in that time. Until then, we hope progress continues—with few poked fingers and a lot less invasive algae.