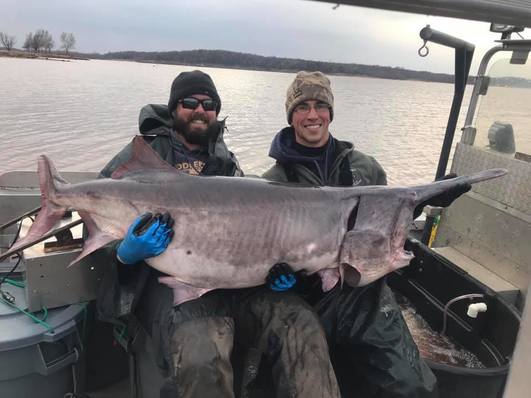 It’s a MONSTER! The Stream Program was lucky enough to be assisting the Paddlefish Research Center (PRC) when this would be new state-record paddlefish (135 pounds) was captured during a winter netting survey on Keystone Lake! The PRC conducts winter surveys on various reservoirs to collect data and tag Paddlefish. This individual was measured, weighed and released unharmed back into the reservoir.