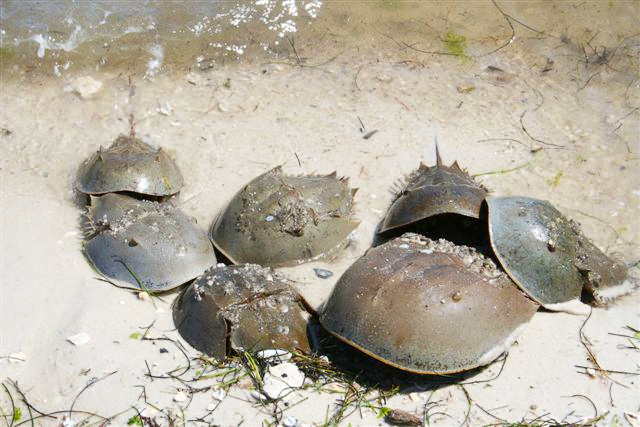 Horseshoe crabs mate year-round, and it is most common to see groups along the shore in March and April. To identify mating pairs, look for a smaller male on top of a larger female. Beachgoers will likely have the best luck spotting horseshoe crabs around high tide, within three days of a new or full moon. The next new moon is Wednesday, March 6, and the full moon is Thursday, March 21.

If you see a horseshoe crab on its back, you can help it flip back over by gently picking it up (holding both sides of the shell), turning it over, and releasing it back into the water. Simple actions like this help conserve this species and the many other species that depend on it.

The FWC asks the public to report sightings through one of several options. Go to MyFWC.com/Contact, then “Horseshoe Crab Nesting Activity” for the “Florida Horseshoe Crab Spawning Beach Survey” link. The FWC Reporter app is free to download on Apple or Android smartphones or tablets from the App Store and Google Play. You can also report findings via email at horseshoe@MyFWC.com or by phone at 866-252-9326.