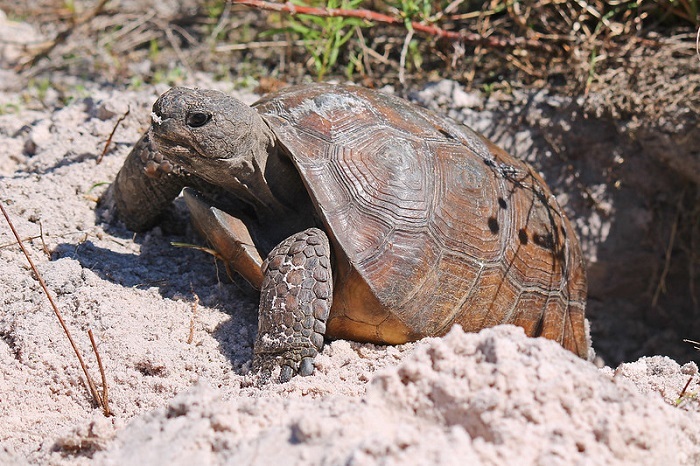 The new web application is user-friendly and is designed to function on any device. To report a tortoise sighting or notify the FWC of a sick, injured or dead tortoise, simply visit MyFWC.com/GopherTortoise and click on the button that reads “Report Gopher Tortoise Sightings.” There, you can also view an interactive map, which features user-submitted photos and locations of tortoise sightings throughout the state.

“We appreciate the thousands of citizen scientists who have reported gopher tortoise sightings using our original Florida Gopher Tortoise app over the years,” said Michelina Dziadzio, monitoring coordinator for the Wildlife Diversity Conservation Section of the FWC. “These citizen scientists have helped the FWC enhance gopher tortoise conservation and we’re excited for their continued participation using the new web app.”

The gopher tortoise is a protected species that occurs in all 67 Florida counties. The tortoise is known as a keystone species, and its burrows serve as important refuges for 350 native species including threatened species such as the Eastern indigo snake, the burrowing owl and the gopher frog.