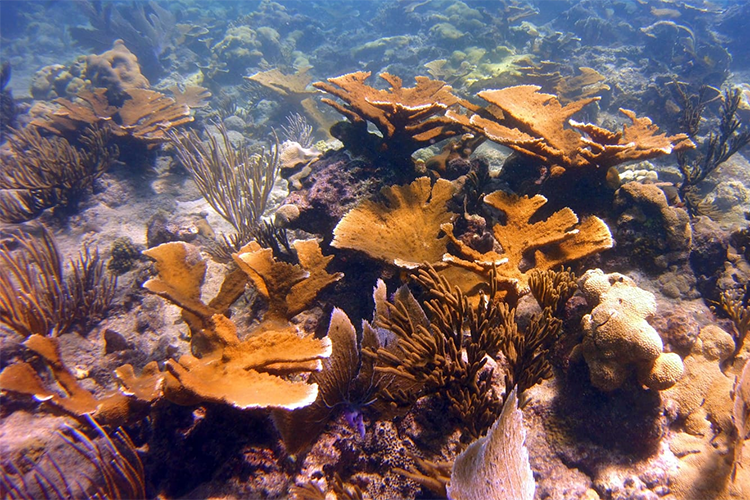 A restored elkhorn coral colony off the coast of Puerto Rico.

Hurricane Matthew swept a destructive path through the south Atlantic and Carribean. Immediately, staff from the NOAA Restoration Center set to work responding to a damaged coral reef off the coast of Puerto Rico. Three years later, monitoring of the restored reef has revealed healthy, thriving corals with survival rates at more than 90 percent.

As the storm passed south of Puerto Rico in October 2016, powerful waves—some larger than 20 feet—buffeted an otherwise healthy stand of endangered elkhorn coral. The waves damaged many of the corals, breaking them into thousands of pieces. 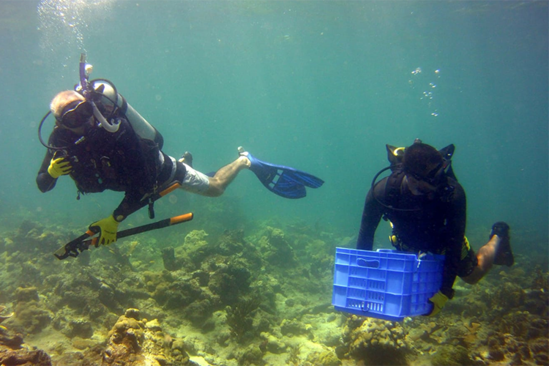 Alongside the Puerto Rico Department of Natural and Environmental Resources and contractor Sea Ventures, our coral restoration team went to work. We identified areas of the reef that suffered major impacts and collected thousands of coral fragments that had broken off. We stabilized them by lodging them in crevices or cementing them to the hard bottom of the reef. In all, we transplanted 8,500 coral fragments to 10 different sites.

This September, our team checked up on the transplanted corals—with exciting results. More than 90 percent of the fragments we secured with cement have survived. Elkhorn corals are flourishing in a reef that, three years ago, was completely devoid of them. Once-small coral fragments have grown into healthy, nearly full-size colonies. Fish and other underwater animals have returned to the reef. 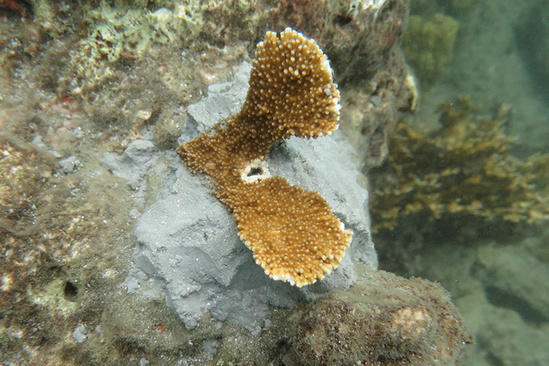 An example of the “clipping and gardening” coral restoration technique.

In fact, the restored corals are faring well enough to serve as a test site for additional restoration. In a technique known as “clipping and gardening,” experts cut small fragments off the corals and replant them nearby. The donor corals quickly heal their cuts and start growing again. This technique could serve as a cost-effective way to expand the size of coral restoration projects, using significantly less time than traditional planting methods.