U.S. and Canadian researchers have developed a new tool that incorporates projected changes in ocean climate onto specific fishery management areas. Now  fishermen, resource managers, and policy-makers can use it to plan for the future sustainability of the lobster fishery in Nova Scotia and Canadian waters of the Gulf of Maine as waters warm.

“Climate change has socio-economic impacts on coastal communities and the seafood market, but integrating that information into planning and decision-making has been a challenge,” said Vincent Saba, a fishery biologist at the Northeast Fisheries Science Center and a co-author of the study. “Ocean warming is leading to an accelerated redistribution of marine species. Knowing how animals will shift distribution, and what to do about shifts across management borders both regional and international, will be critical to planning on how to adapt to those changes.”

American lobster is Canada’s most valuable fishery, contributing 44 percent of the total commercial value of all fisheries in Atlantic Canada in 2016. Lobster landings have been trending upward in recent decades, and many small rural communities in Atlantic Canada rely heavily on lobster for their economic well-being. Changing climate could have a significant impact on the fishery and on those communities.

Researchers from Fisheries and Oceans Canada at the Bedford Institute of Oceanography in Halifax, Nova Scotia and at NOAA’s Northeast Fisheries Science Center collaborated on the study.

Their findings, published in Frontiers in Marine Science, indicate that overall projected changes in offshore lobster habitat for the region as a whole are positive, but that changes in resource management need to be considered to promote the long-term sustainability of the fishery in Nova Scotia.

Ocean temperatures have been warming in the Gulf of Maine and along the Northeast Continental Shelf during the past few decades, causing many species to shift their distribution to the northeast. When ocean temperatures are above the preferred range for lobsters, it can reduce their survival, growth, and reproduction. The potential effects of marine heat waves, like that observed in the Gulf of Maine lobster population in 2012, can also be significant on the Scotian Shelf, a region with a relatively high proportion of species at the edge of their thermal range. 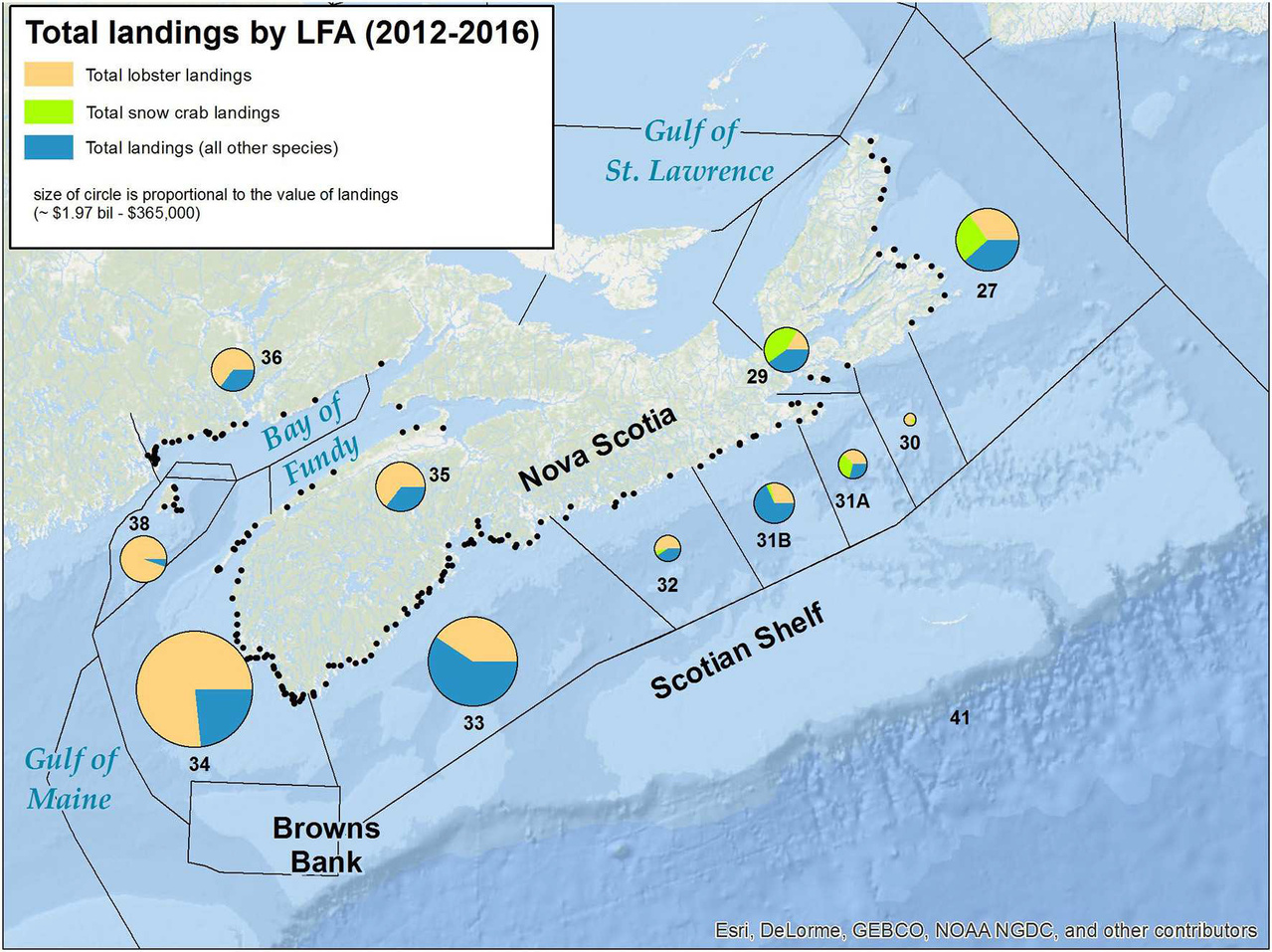 Researchers generated two climate change vulnerability indices, one for coastal communities and one for lobster in Nova Scotia. Two ocean models, a regional ocean model with high resolution in the Scotian Shelf and Gulf of Maine region and a global climate model, provided projections of ocean bottom temperatures over multiple decades.

Study authors suggest the new assessment tool could prepare a region for changes in potential catch through adjustments in licensing and quotas, or adapting to a decrease in productivity by encouraging and assisting fishermen to diversify their targeted species, where they fish, or to seek non-fisheries-related income. It could also support planning for projected increases in catch through investing in upgrades to coastal community infrastructure.

“Our analysis is a first step in considering this information in local fishery management decisions and longer-term economic development strategies,’ said Saba, who is located at NOAA’s Geophysical Fluid Dynamics Laboratory at Princeton University.  “This tool anticipates change and could be incorporated into assessment models and help fishermen and resource managers with long-term planning.”