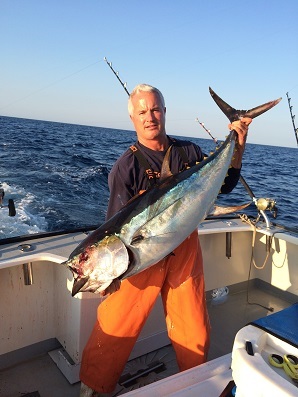 The State deployed materials that will create new marine habitat at Fire Island Reef as part of an ongoing initiative to develop a stronger, more diverse marine ecosystem and provide shelter for fish and other marine life off New York’s shore. The materials for the reef expansion – as well as six more announced for this year at Atlantic Beach, McAllister Grounds, Yellowbar, Kismet, Matinecock and Twelve Mile – will be strategically placed to also enhance Long Island’s recreational and sport fishing and diving industries.

With unprecedented, multi-agency coordination that began last year, recycled materials from the State Department of Transportation (DOT), New York Power Authority (NYPA)/Canal Corporation, and the Thruway Authority, among other partners, are being put to new use and helping to develop New York’s artificial reef sites. The 744-acre Fire Island reef, located two miles from shore with a depth of 62-73 feet, is the most recent recipient of recycled materials cleaned of contaminants that include:

From the U.S. Army Corps of Engineers:

Construction of New York’s first artificial reef dates back to 1949, and this latest initiative marks the state’s first coordinated effort to stimulate the full environmental and economic benefits of artificial reefs. The artificial reef expansion will increase the biodiversity of habitats for a variety of fish and crustacea, promote biodiversity and environmental sustainability, and boost New York’s recreational fishing, sport fishing, and diving industries. Once materials and vessels settle to the sea floor, larger fish like blackfish, black seabass, cod, and summer flounder, move in to build habitats within the new structures, and encrusting organisms such as barnacles, sponges, anemones, corals, and mussels cling to and cover the material. Over time, these recycled structures will create a habitat similar to a natural reef.

New York’s marine resources are critical to the state’s economy, supporting nearly 350,000 jobs and generating billions of dollars through tourism, fishing and other industries. More than 500,000 anglers in the region will reap the benefits of this initiative, supporting the region’s growing marine economy which accounts for approximately 9.7 percent of Long Island’s total GDP.