Utah Wildlife Board approves several changes to fishing limits throughout Utah, other amendments to wildlife rules 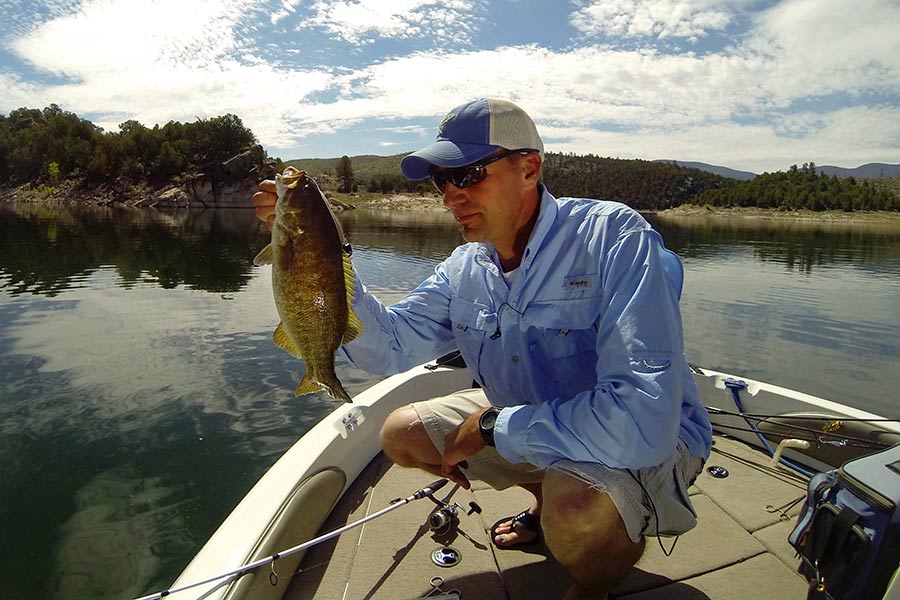 SALT LAKE CITY — The Utah Wildlife Board approved a few changes to some of Utah’s fishing regulations, along with a few other rule amendments during Thursday’s virtual public meeting.

The Utah Division of Wildlife Resources conducted surveys during the spring of 2020 to get feedback from anglers across the state on some of the proposed changes. The majority of anglers were in support of the recommendations.

The following changes to statewide fishing rules were approved by the wildlife board:

The following approved changes are specific to certain waterbodies across Utah:

In addition to the changes in fishing limits and regulations, the wildlife board also approved a few changes to the current fishing contest rule. These changes were proposed by DWR biologists in an effort to streamline contest options and to remove the discrepancies between fishing for warmwater and coldwater species.

“These changes will both simplify the rule and remove contest restrictions that lack biological rationale and are unnecessarily restrictive,” DWR Sportfish Coordinator Randy Oplinger said. “The changes also remove differences between contests for warmwater and coldwater species that exist under the current rule.”

The approved change would only require a certificate of registration (COR) for tournaments or contests that include one of the following:

Under the approved change, a COR will not be required for catch-and-release tournaments, many of which are “online” or “paper” tournaments, where anglers are only required to take a picture or measure a fish. Separate DWR rules prohibit the release of coldwater fish after they are possessed by an angler. This means that high-grading — a practice that involves keeping a fish alive until a bigger fish is caught so the smaller one can be released — will still not be allowed in coldwater fishing tournaments because the fish typically don’t survive after being held. This also means that coldwater fish cannot be released alive after they are weighed or measured as part of a tournament.

The wildlife board also approved a proposal to waive the combination and hunting license fees for active military members who missed the opportunity to acquire a bonus or preference point while deployed. The rule change will also allow Utah military members to purchase a preference or bonus point if they missed the application period while deployed.

To qualify for the exemptions, military members must:

While the federal U.S. Fish and Wildlife Service manages the Endangered Species List throughout the U.S., the Utah Department of Natural Resources oversees a state-specific Sensitive Species list. A species is classified as sensitive if it is likely to undergo substantial population declines in all or part of its natural range without management intervention.

The Sensitive Species list was implemented in the 1990s, but it was formalized in 2001 in Utah Administrative Code. After receiving feedback from the wildlife board during the Aug. 28 board meeting, as well as feedback from legislators, the DWR proposed to repeal the rule and eliminate the Sensitive Species list during Thursday’s meeting, as it is duplicative of the Utah Wildlife Action Plan, which was implemented in 2005. Both the Sensitive Species list and the Wildlife Action Plan work to identify the native species that may be of greatest conservation need. The DWR then implements research and management of those wildlife species and their habitats in order to prevent the need for listings under the Endangered Species Act.

The Wildlife Action Plan qualifies the state for federal funding from the State Wildlife Grants Program, as well as state funds that are administered through the Endangered Species Mitigation Fund. No funding will be lost in eliminating the redundancy of the Sensitive Species list. The rule change will streamline the process to help species of greatest conservation need in Utah, and it was approved by the wildlife board during Thursday’s meeting.

The conservation permits are offered to conservation and sportsman’s groups who then auction them at banquets, fundraisers and other events. The conservation groups return 90% of the money raised from these permit sales to the DWR. Thirty percent is a cash transfer that directly benefits the species for which permits were sold, and the other 60% goes toward conservation and research projects like habitat enhancement, wildlife transplants, aerial surveys and deer survival studies. The remaining 10% of the proceeds are retained by the conservation groups to help cover administrative costs.

The wildlife board also approved a few changes to the expo and conservation cougar permits. Because many cougar units in Utah are now being managed as predator control units, hunt strategies on some conservation and expo permit units have changed. These units can now be hunted with a harvest-objective permit that can be obtained over the counter or online and do not hold the value they did when they were limited-entry hunting opportunities.

As a result, the wildlife board approved the recommendation from DWR that the individuals who drew expo permits this year will be awarded a permit for alternate units near the original unit that are still split-hunting units. The board also approved no cougar unit permits be marketed and offered for sale in 2021, except one statewide conservation permit, to avoid having to make similar changes if other units fall under predator management plans.

The livestream of Thursday’s Utah Wildlife Board meeting is available on the DNR YouTube channel.