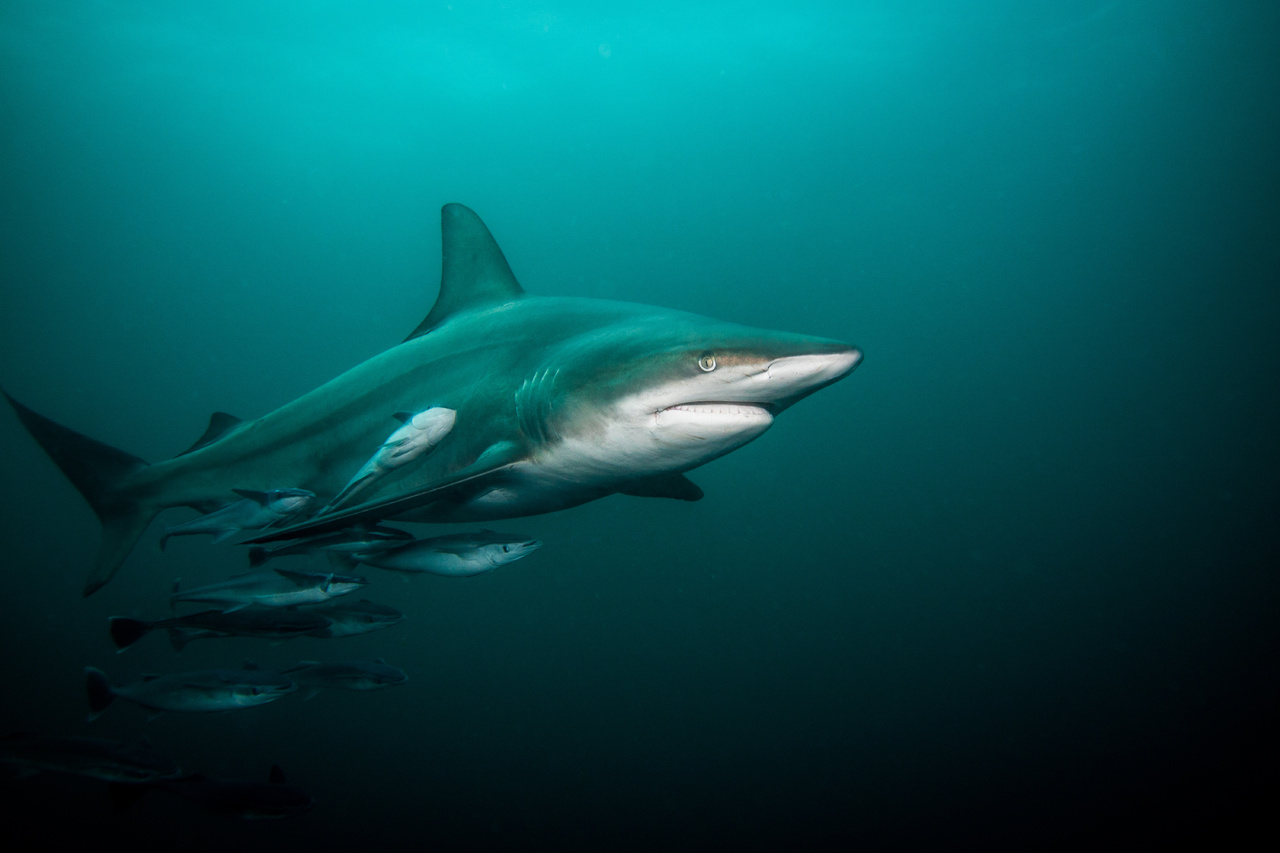 As you scan the seafood counter in search of new foods, keep a look out for U.S.-caught shark. That’s right—seafood consumers concerned about the environmental impact of eating shark can rest assured. Finding sustainable products is as simple as asking where it was harvested.

“U.S. shark fishermen work under some of the most robust environmental standards in the world,” said Randy Blankinship, a fisheries management specialist who leads the group in charge of safeguarding shark populations in the Atlantic. “Their decades of stewardship should be recognized at the market.”

It’s a common misconception that all sharks are endangered. It’s true that overfishing, habitat loss, and other practices have greatly depleted some shark populations overseas. But that’s not the case in the United States. In fact, none of the 43 Atlantic shark species managed by NOAA Fisheries are listed as endangered in U.S. waters under the Endangered Species Act. Oceanic whitetip and scalloped hammerhead—which fishermen are either prohibited from harvesting or allowed to keep only in limited situations—are listed as threatened.

Several commercially in-demand species have actually experienced population growth in recent decades as a result of the United States’ science-based management. The number of blacktip sharks in the Gulf of Mexico was on the decline into the 1990s, for example. Their tasty meat made them the target of many shark fishermen. 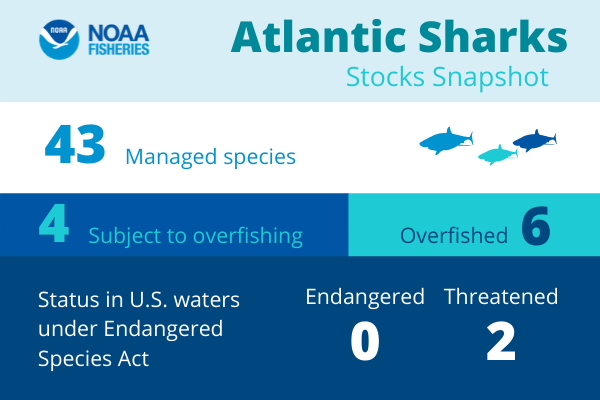 We established a quota specifically for this population in 2015. That combined with retention limits tied to other commercially valuable species contributed to a higher population today than the target level set by scientists.

Farther north, management measures for spiny dogfish also allowed the population to grow. That stock has been fully rebuilt since 2010.

There are a handful of overfished Atlantic shark stocks, as well as populations that are being fished down faster than they can reproduce. As with Gulf of Mexico blacktip and spiny dogfish, we’ve implemented management measures to end overfishing and rebuild populations for each of these species. Less than 2 percent of commercial landings in 2018 came from overfished stocks largely because of these measures.

Sandbar sharks are a good example of ongoing rebuilding efforts. Known for their appetizing meat and large fins, this moderately-sized shark had been a primary target of Atlantic shark fishermen for decades. That demand contributed to the stock becoming overfished, which was confirmed in a 2006 stock assessment. We responded by significantly lowering the allowable catch. Today, only 5–7 vessels participating in a unique research fishery are allowed to keep a limited number of sandbar sharks each year.

Thanks to these measures, the population of sandbar sharks is on the rise. According to the most recent stock assessment, the population—measured as biomass—increased yearly from 2009 to 2015.

“Balancing the health of fish populations with our nation’s demand for quality seafood and recreational fishing opportunity is at the heart of our management approach,” said Blankinship. “With science-based measures and strong enforcement, we are able to protect and rebuild shark populations while providing commercial and recreational fishermen with as many opportunities to fish as possible.”