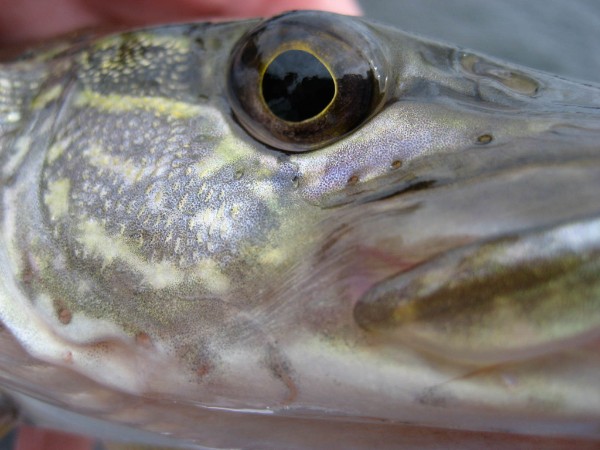 SILVERTHORNE, Colo. – A cash-based incentive offered by Colorado Parks and Wildlife and the Colorado Water Conservation Board encouraging anglers to catch northern pike at Green Mountain Reservoir resumes this year on May 25. Initiated in 2016, the reward program encourages anglers to participate directly in ongoing efforts to remove the illegally introduced predators from the reservoir.

CPW biologists say the presence of the predatory fish in Green Mountain is a significant concern. In addition to the potential impacts to fish in the reservoir, if they escape and take up residency downstream in Gold Medal sections of the Blue and Colorado rivers, sportfishing opportunities for trout could see negative consequences. If the predatory fish eventually reach federally listed critical habitat in the Colorado River, they would prey upon the state’s endangered native fishes – the Colorado pikeminnow, humpback chub, razorback sucker and bonytail.

“Northern pike are aggressive predators with big appetites and if their population continues to grow in Green Mountain Reservoir, that will likely have profound impacts to local fisheries in the future,” said CPW’s Jon Ewert, aquatic biologist from Hot Sulphur Springs. “This is beneficial in several ways. Anglers can catch a predatory fish and earn some money, it helps us protect fishing here, and helps with our native fish recovery efforts as well.

According to the Upper Colorado River Endangered Fish Recovery Program, the presence of predators like northern pike and smallmouth bass in native fish critical habitat significantly increases the difficulty of delisting the endangered fishes.

“We all have an interest in making sure our waters are managed appropriately and we encourage the angling public to stay involved,” said Ewert.  “We had excellent response last year, and we expect anglers will be eager to take advantage of this opportunity again this year.”

To participate, anglers must bring their northern pike to the Heeney Marina along with their driver’s license and fishing license.

CPW will keep fish heads for analysis, returning the body of the fish to the anglers. Anglers not wishing to keep northern pike can donate their catch to the Marina for later distribution.

Anglers are encouraged to catch and keep as many smallmouth bass and northern pike as they desire, unless special regulations are in effect on specific waters.

To report illicit stocking or any other illegal wildlife activity anonymously, anglers can call Operation Game Thief at 877-265-6648.

For more information about fishing in Colorado, visit the CPW website.